Born and educated in Melbourne Australia, Monique Sasson began her working life as professional ballet dancer, studying and performing in Australia, Europe and the USA. Following her retirement, she completed a Bachelor of Education and taught English, English Literature, French and Performing Arts.

In 1992 she retrained in corporate communications, Method Acting and public speaking, and freelanced for 3 years.

In 1995, Monique co-founded Wakelin Property Advisory and was Managing Director of that company for the next 20 years. She wrote 2 books, established an enduring relationship with 774ABC Melbourne as a regular guest broadcaster, authored countless articles for national and international publications on residential property, was the Property Editor for Alan Kohler’s Eureka Report for 5 years, and became a sought after public speaker and commentator who was never afraid of being “constructively controversial”!

Concurrently, in 2002, Monique was appointed as an independent non-executive director of the Australian Scholarships Group Friendly Society Ltd (ASG) for her expertise in property, corporate communications and reputation management. Over the next 16 years, she also served on the Investment Committee, the Risk Management Committee and the Nominations and Remuneration Committee until her retirement from the Board in July 2018. Monique was the first female director appointed to the ASG Board and remains the only director ever to be head-hunted.

A cancer diagnosis in 2012 prompted a 4 month break from all work. Monique subsequently sold her shares in Wakelin Property Advisory in 2014 whilst continuing as a non-executive director of ASG.

In 2015, as a senior business woman who had “done the hard yards”, Monique recognised she now had a responsibility to contribute to the success of others. Career Eye was the result.

Mind Yourself & Yoga, grew out of Monique’s direct experience that no part of life can truly be separated from another. As a Registered Yoga Teacher and long-time devotee of the Practice, Mind Yourself & Yoga recognises that professional success and personal contentment are inseparable and should be available to all clients who would like to enhance the quality of both. 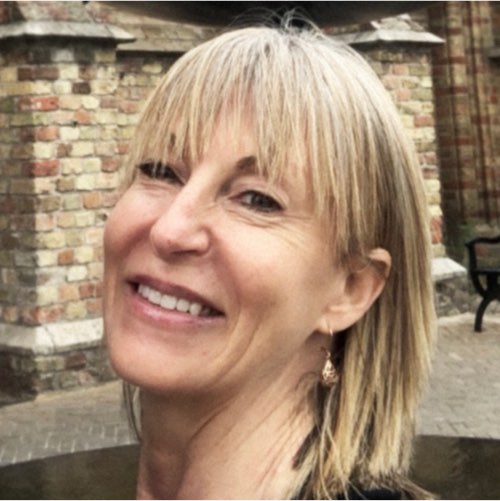 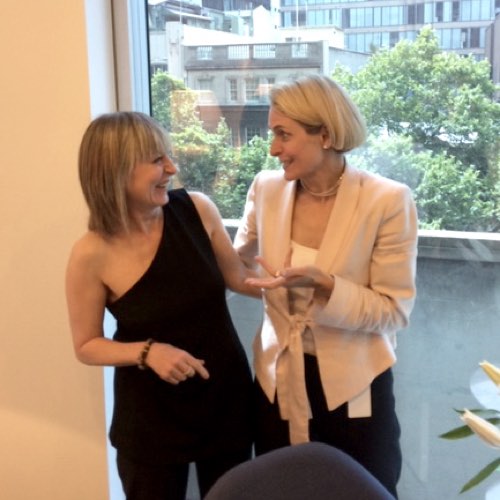 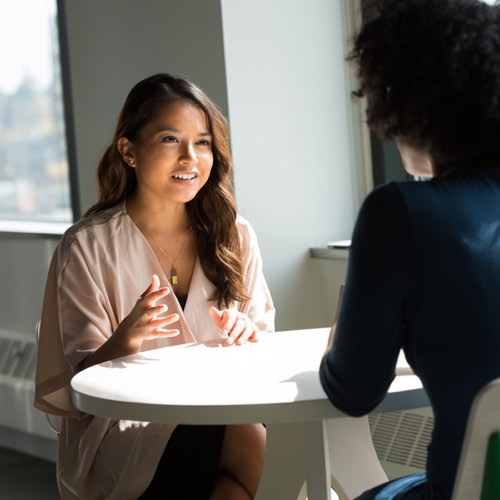 Career Eye is a one-to-one, mentoring service for aspirational professionals irrespective of their seniority. Mentoring takes a ‘whole person’ view of career development. No matter whether you are in the early stages of your career, are looking to advance to middle or senior management, would like to join a board, add to your non-executive director portfolio, or are ready to retire, Monique believes these transitions are natural part of a rich and rewarding career.

Many clients seek assistance with an existing or imminent career challenge. Monique is an adept, perceptive and compassionate mentor well versed in organisational culture and implementing strategies to help clients move forward. 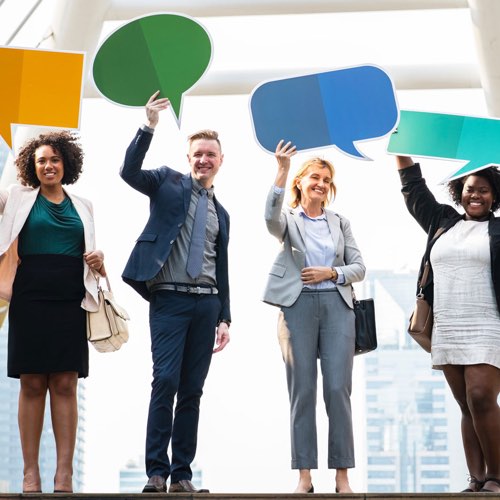 What kind of business experience would you like to create for yourself, your colleagues, clients and anyone else who comes into contact with your small business?

As a business owner and company director of more than 20 years’ experience, Monique has created Business Eye to support your business from first day to maturity.

“Business is about 3 things – culture, culture and culture!”

As a business matures, many owners consider succession planning. This may entail selling down some equity and appointing other directors. Monique’s natural inclination to ‘horizon-gazing’ and experience in selecting senior management and directors, brings independence, creativity and precision to this exciting and challenging phase.

Starting, managing and growing a small business will test the mettle and endurance of the hardiest entrepreneurs. But it’s undoubtedly one of life’s greatest adventures! 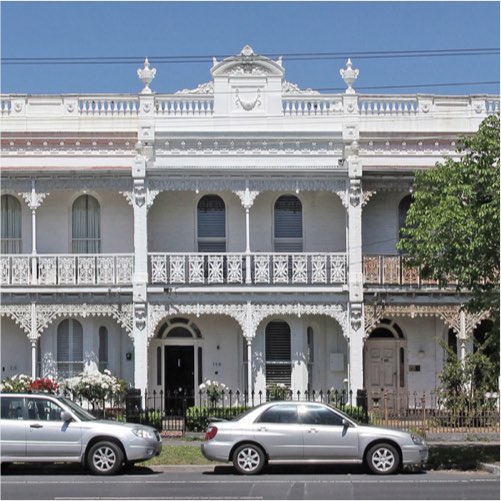 As a founder and director of Australia’s pioneering property advisory company, Monique’s understanding of residential property as a lifestyle, growth and income-producing asset class is widely acknowledged.

Now through Property Eye, she shares her strategic knowledge and insights. She has written 2 books, Streets Ahead and Street Smart and authored countless articles for national and international publications, was Property Editor for Alan Kohler’s ground-breaking publication the Eureka Report for 5 years and continues her long-standing relationship with 774ABC Melbourne as property talk-back co-host.

Monique has developed hundreds of residential property strategies for homebuyers and investors that have delivered rewarding lifestyle and investment outcomes. She maintains valuable senior contacts within the property industry in addition to a network of trusted professionals in allied disciplines such as accounting, taxation and the law.

As a pure strategist only, Monique will select and harness the most appropriate team to implement and execute your property related requirements.

Most importantly, Monique’s recommendations are totally independent. She receives no remuneration whatsoever from any party to whom she refers her clients. 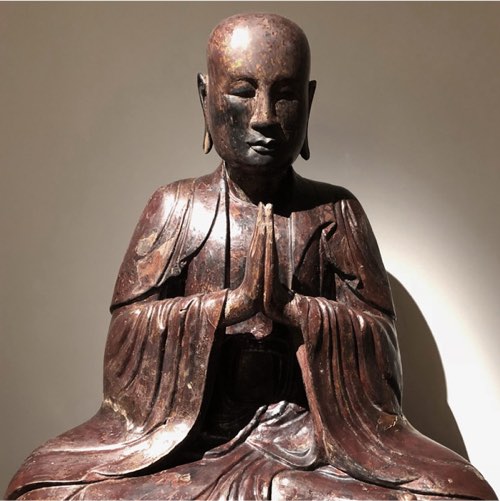 What if self-care was a natural and daily joy? What if blending the work-self with the personal-self was too? So-called ‘mindfulness’ and ‘work/life balance’ infer that our natural state is to be mindless and unbalanced! Nothing could be further from the truth.

When we return to our innate kindness, and compassion for ourselves, we become adept at showing these same qualities to others. This is the essence of Mind Yourself…

“In 1982, as a young dancer I was honoured to be mentored by a retired Russian ballerina, in her 70s. Known to us simply as ‘Madame’, she was a tough task master. But every so-often an unexpected softness shone through as she saw us sweat, fall over, exceed our physical and psychological limits, tend our bleeding feet and stretch our aching bodies. A gentle hand on a shoulder and the entreaty “mind yourselves girls”, revealed that she understood the combination of joy, drive and struggle inherent in trying to perfect our craft. She was encouraging us to view self-care as an indispensable part of our personal and professional lives.”

They were the simple, yet profound words that have become a guiding principle in Monique’s work as a mentor.

How then, do we ‘mind’ ourselves? Monique will help you reframe the mistaken belief that work is something to be endured so that we can sneak a few precious hours for ourselves and our beloveds. By adopting the same focussed attention in our personal lives that we do in our work lives, magically, the two become co-conspirators. 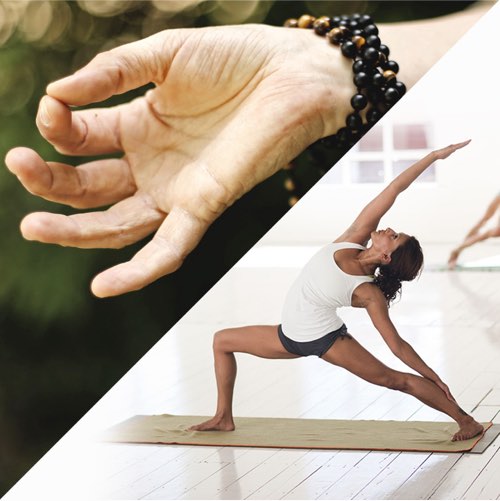 There is increasing scientific evidence that attests to the effectiveness of meditation and yoga. Consistent with the research, practitioners report improved calmness, concentration and superior focussed attention.

Yoga is a Sanskrit word meaning ‘union’. It refers to the deliberate joining of the body, mind and breath. This ancient practice is at least 5000 years old and evolved in India as a means for monks to limber and stretch their bodies so they could sit in stillness during the many hours of meditation their devotional lives required of them. Yogic postures are evident in many artefacts from antiquity throughout India and Asia.

Yoga has evolved into a rich and powerful tool. Even if only practiced for its physical benefits of aerobic fitness, muscle strength, flexibility, postural alignment and balance, it delivers impressive benefits.

Monique practices and teaches two styles of yoga, Vinyasa, the dynamic flowing style and Yin the restful, floor-based, stretching style. She teaches one on one classes and small groups of up to four. Participants are asked to provide their own yoga mats for reasons of personal hygiene.

Yoga and meditation can be practiced together or separately. All classes are non-religious.